Get Ready for a Post-COVID Boom in Skills Training 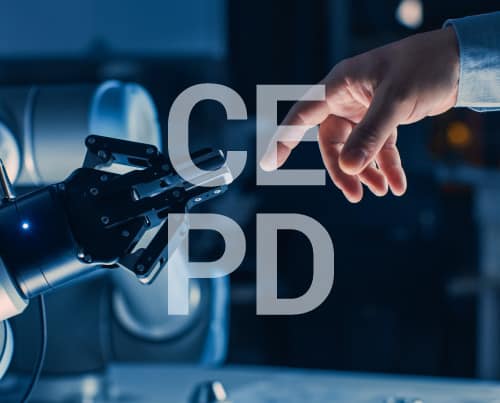 By Frank Connolly
Director of Communications and Research, MindEdge Learning

As American businesses prepare for life after the pandemic, the shape of the economy’s “New Normal” remains uncertain. But one fact seems clear: in the post-COVID economy, demand for skills training will be higher than ever.

The results of MindEdge’s fourth annual Future of Work survey, conducted this winter, indicate that the pandemic has accelerated two key trends in the American workplace. The national online survey, which probed the attitudes and experiences of 830 businesspeople employed at the level of manager and above, found a significant increase in both workplace automation and workers’ concerns about losing their jobs.

On the automation front: 52% of survey respondents say their companies increased the use of robotics, artificial intelligence, and other forms of advanced automation in direct response to the COVID-19 pandemic. The motives behind this surge in automation were mixed: 39% of managers say their companies were looking to protect workers’ health and safety, but a third (33%) say that automation was introduced mainly as a way to reduce operating costs.

Cost-cutting was a particularly strong motive in the Manufacturing (42%) and Technology (47%) sectors. By contrast, managers in the Retail (41%) and Healthcare (45%) fields were more likely to say that their firms automated as a way to protect workers’ health and safety.

Whatever the motive for automating the workplace, the possibility of job loss or displacement is real—though it could be overstated in some workers’ minds. Among companies that introduced advanced automation in the past year, whether in response to COVID-19 or not, 40% experienced job losses as a result. But almost as many (39%) reported no job losses, and another 10% say that automation actually led to a net gain in jobs.

Just two years ago, in MindEdge’s 2019 Future of Work survey, only 32% of managers reported that their employees were “very” or “fairly” concerned about losing their jobs, and fully 38% said they were “not at all” concerned.

This noticeable increase in perceived job insecurity reflects the grim economic reality of the past year, as tens of millions of workers lost their jobs, at least temporarily, because of COVID-related layoffs and lockdowns. Indeed, 63% of the managers in our current survey acknowledge that their companies cut jobs as a result of COVID-19, and 13% expect that major workforce reductions will remain in effect even after the pandemic is over.

This pronounced sense of job insecurity is likely to linger, even as Americans manage to put the pandemic behind us. Precisely because of the pandemic-related increase in workplace automation, more workers are likely to feel that their jobs are at risk, even after economic conditions return to “normal.” And the millions of workers who’ve already lost their jobs once are likely to feel heightened concern that the axe could fall on them a second time.

Taken together, these two clear trends—increasing automation and heightened job insecurity—will likely fuel a sharply increased demand for skills training. That’s because smart workers will want to “future-proof” their careers by upskilling and re-skilling. And smart company executives and managers will want to invest in training, both as an incentive to retain their current employees, and to provide them with new skills for the automated workplace.

For all of these reasons, it seems clear that skills training will be a major feature of the post-COVID “New Normal.” The days when professional development was viewed as a luxury or an exotic perk are long gone; looking to the future, skills training is going to become a vital business necessity. And the American workforce will be much stronger because of that.