What is creativity? It’s complicated… 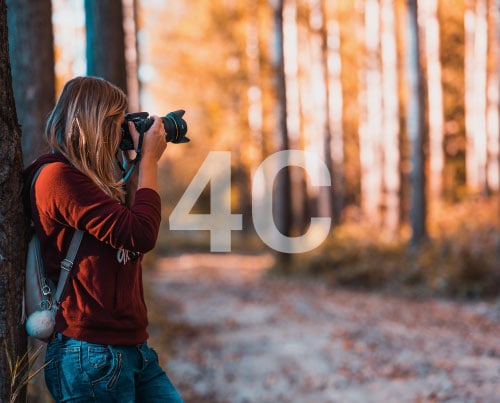 We’ve all experienced it: The ‘aha!’ moment, when things that didn’t make sense suddenly become comprehensible. It’s the moment when ideas we couldn’t have imagined previously seem obvious and crystal-clear. For many people, it’s what creativity is all about – but is it the definition of creativity?

We all know what it feels like to be creative, so it might be surprising that creativity is so hard to define. On the other hand, the mysterious nature of creativity is part of what makes it so valuable. We don’t quite know when it will strike or how to cultivate it, so we think highly of people who have what can seem to be a gift.

There are many ways we can approach the study of creativity. We can study the brain, looking closely at scans that show regions of increased activity. Behavioral psychology can explore how we might prime creative behavior by using different stimuli in the environment, or it can analyze information based on introspected reports. Philosophers also theorize about the nature of creativity, although they’ve have given less attention to the topic than to other mental phenomena like belief or perception.

According to Plato and Socrates, creativity is the result of divine inspiration. It comes about when the Muses breathe into the creative person, sending him or her into a temporary state of madness (Phaedrus, Plato).

Aristotle, on the other hand, argued that creativity was not supernatural; instead, he saw it as just another kind of rational, rule-based activity. Artists and other celebrated creatives simply use certain rules and heuristics better than their counterparts, he said (Poetics, Aristotle).

Kant had bad news for people looking to improve their creative abilities. He saw creativity as an innate gift, and therefore something that cannot be taught or even truly understood (Critique of the Power of Judgment, Kant).

Nietzsche argued that creativity involves the cooperation of two distinct parts of a person. The Dionysian spirit provides the passionate and uninhibited parts of the creative process, whereas the Apollonian spirit shapes those wild products into ideas that can be understood and used (The Birth of Tragedy and Other Writings, Nietzsche). In many ways, this account might be the most familiar to us, as psychologists and innovators alike tend to recognize the important combination of passion and restraint that must come together in the right ways, and at the right times, to produce creative ideas that are not only novel but also usable.

As you can see, explanations of what kinds of behaviors have been seen as creative and how those come about have varied dramatically from thinker to thinker. But we can try to piece together necessary conditions and distinctions to generate a workable definition of creativity.

First, and perhaps most obviously, creative ideas must be new – but new to whom? In response to this question, philosopher Margaret A. Boden distinguishes between two different kinds of creativity: historical and psychological (The Creative Mind: Myths and Mechanisms, 2004). An idea is psychologically creative when it is new relative to the individual who has it. For example, if I were to study triangles carefully, it may suddenly become apparent to me that the diagonal length of a right triangle squared is always the sum of the squared lengths of the other two sides. I might, in other words, have a flash of creativity and come to “discover” the Pythagorean Theorem. In one sense, this could be a very creative moment in which I have a new idea I had no notion of before. But from a societal or historical perspective, it’s a well-known idea that’s familiar to countless people. By contrast, historical creativity requires that the idea is new not only to the individual, but that it is not already represented within a societal or historical tradition. Historical creativity is rare, while psychological creativity probably is not.

Not all new ideas are creative ones. Throwing a bowl of spaghetti at the wall will create an original pattern, but that doesn’t make the process or product creative. On the other end of the spectrum, ideas generated mechanically are not creative either, although they may be original. For example, if I try to break the code to a safe by trying each possible combination of three numbers, working methodically through a list of options, I will likely find the solution, but I have not done so creativity.

As Kant observed, “nonsense too can be original.” This has led some philosophers to add the necessary condition that creative ideas are of value. But of course, there are many ways for something to be valuable. They may be aesthetically important, financially lucrative, morally significant, functionally useful, or even personally noteworthy.

Piecing together these criteria, we can create a tentative definition that captures some of the most critical factors of creative thinking. Namely, creativity is the ability to produce ideas neither randomly nor mechanically, if those ideas are both novel and of value.