Principles of Macroeconomics covers the scope and sequence of most introductory macroeconomics courses. While microeconomics is the study of individuals and business decisions, macroeconomics focuses on economic decisions made at the macro level, such as by countries and governments. Macroeconomics analyzes entire industries and economies, and the policies which affect them. This course includes many current examples, which are handled in a politically equitable way. The outcome is a balanced approach to the theory and application of economics concepts. 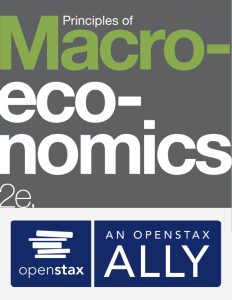 Module 2: Choice in a World of Scarcity

Module 18: The Impacts of Government Borrowing